‘Real courage is when you know you’re licked before you begin, but you begin anyway
and see it through no matter what.’

‘You never really understand a person until you consider things from his point of view.’

‘The one thing that doesn’t abide by majority rule is a person's conscience.’

Harper Lee, the youngest of four children and the daughter of a prominent lawyer in segregated Alabama, was a few months shy of her 90th birthday. The famously reclusive author had suffered a stroke in 2007 and she spent the last several years in a nursing home not far from her childhood home. Her debut novel, To Kill A Mockingbird, has been characterized as one of the most important works of 20th-century American fiction. 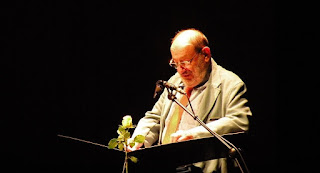 ‘Nothing gives a fearful man more courage than another's fear.’

‘The real hero is always a hero by mistake; he dreams of being an honest coward like everybody else.’

‘I believe that what we become depends on what our fathers teach us at odd moments, when they aren’t trying to teach us. We are formed by little scraps of wisdom.’

Born in northern Italy in 1932, the son of an accountant and an office worker, Eco’s efforts transcended genres, boundaries, and centuries. Fittingly, he later spent many years teaching at the University of Bologna. Eco is perhaps best known for his first novel The Name of the Rose, a theological whodunit set in the 14th century, which was published in 1980. 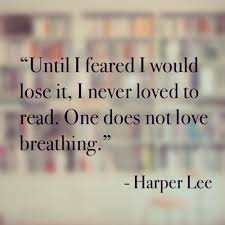 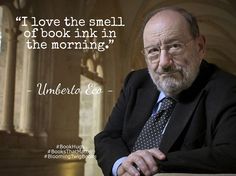