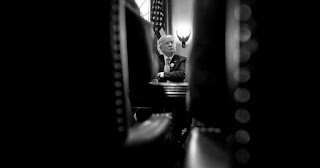 Something is happening in the U. S. that should alarm you, and it’s not Donald Trump.

Many believe, rightly or wrongly, that the mainstream media in the U.S. have been unwittingly complicit in the political fortunes of Donald Trump—from their obsessive coverage of his oddball campaign in the 2016 presidential elections and their nitpicking of his outlandish pronouncements to their hysteria over his unexpected victory. Reporting or criticizing Trump, without a doubt, has been the media's money-maker for about a year now. In fact, since Trump's inauguration in January, his political tantrums and the media’s hysteria over them have "stolen the show" again and again in the United States.


It all came to a head, or so it seemed, on the weekend of the Fourth of July—America’s Independence day—when the 25th Amendment hashtag began to trend on Twitter. Many users, seemingly ‘inspired’ by Jamie Raskin, a Democratic congressman’s plan to introduce a bill to establish an oversight commission on presidential capacity, tweeted their reasons, logical and illogical, why Trump should be removed from office, using the #25AmendmentNow hashtag. This came after a week of heightened Twitter feud between the president and the media which culminated in a video tweet of Trump beating up a CNN logo, posted by Trump.

As with everything Trump does, the video generated widespread attention, with the media, of course, considering it a solicitation for violence against the press. Sadly, events like this have happened over and over again since January and the media have continually revised the definition of ‘new low’ for Trump. Observers say this hysteria is precisely what propelled Donald Trump to political stardom in the first place.

The media, by dwelling on every little, sometimes irrelevant, tweet or conduct of the president, merely magnifies them, thereby offering Trump the distraction he needs from some of his pressing nightmares. A case in point, they argue is the ‘overzealous’ practices of CNN, which Trump repeatedly calls Fake News. Until recently, the network took a near insane pleasure hosting Kellyanne Conway, a Trump adviser, interviewing her and then criticizing her for providing “Alternative Facts,” only to host her again and again. CNN recently stunned itself by publishing on its website and then retracting a damaging story about Trump, with a resultant resignation of three of its journalists.

Beyond the hysteria, the media, lured with the bait of Trump’s political tantrums, are refusing to pay heed to one important factor—Trump’s unwavering support base. It is worth noticing that in spite of everything, including a low approval rating according to polls, which, in the past, have proved to be unreliable, the anti-Trump hysteria doesn’t seem to reflect the mood of a large part of the country.
It hasn’t turned GOP voters away from their party in the by-elections held this year. And the Democratic Party, which has been methodically stripped of power since 2008 are still unable to tip the political pendulum back in the other direction despite Trump’s ‘unraveling.’ According to Townhall, even with hefty financial  investments and high-profile Democrats lending star power to state-level candidates, the GOP has won control of every district they previously held across multiple states that Democrats have won in the last three or more presidential elections. The most prominent, of course, was the House special election in Georgia, which was largely seen as a referendum on Trump. That too went to the Republicans. 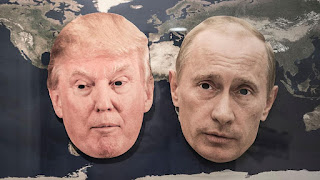 What’s more, for a supposedly reviled president, Trump’s tweeted video of his fight with the CNN logo, at the time of writing this, got 520k ‘likes,’ 315k retweets, and 137k replies. Why is this important? Well, it's important because democracy is a game of numbers and Trump seems to have the support he needs in terms of numbers. Now, even if he is unfit to be president as critics say, the fact that he still enjoys wide support indicates the problem is no longer Donald Trump as a person, but the people who are standing by him, no matter what. There! The "no matter what" is where the problem lies because America had values or at least told the world it had values. In fact, over the years, it has consistently discarded candidates who fell short of those values. Yet, Trump has rubbished them all but continues to enjoy the support of many. This is a man who looks Americans in the eye and lies about everything and for some reason, his backers choose to ignore the values they once pretended to hold dear, even at the risk of being exposed as hypocrites.

Contrary to suggestions that it was just the vote of the Alt-Right that put Trump in the White House, it was, in fact, the vote of ordinary Americans who did not know, until Trump came on the scene, that they were closeted racists who hated Mexicans (even the ones to whom they were married) and needed a wall to keep them out, that they approved of white cops killing unarmed black men and getting away with it, that Russians are actually friends not foes, and that conspiracy theories could be facts if they served your purpose. 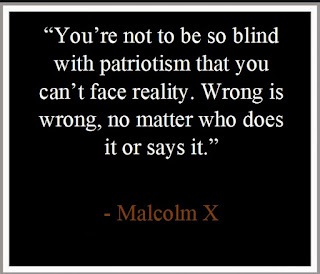 There’s a saying: “If someone fools you once, he is a fool; if he fools you twice, you are the fool.” So, in my view, Trump is not, and cannot be the problem since people, knowing the truth about him, continue to choose, in good conscience, to stand by him and give his rants a standing ovation. Rants which have nothing to do with making America great again, whatever that means. 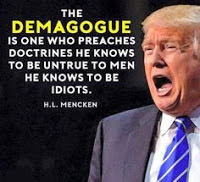 I have a theory about his unwavering support. And it's quite simple: Trump backers (and they are many) are those who have chosen to endure whatever nightmare policy he offers, including losing their healthcare, rather than give Democrats a victory of any kind lest it crosses their mind to put another black man in the White House.

Yes, it's about race. And yes, it was sparked by muted anger over Obama's presidency. This unwavering support for Trump which seems to defy logic is rooted in the fear of "white extinction," masked by a fanatical love of country that'll, unfortunately, lead to a diminished American influence in the world. So, for once, let's call a spade a spade because something is happening in the United States that should alarm you, and it isn’t Donald Trump.
Tweet
Posted by AuthorSuite Blog at Tuesday, July 04, 2017 No comments: Links to this post