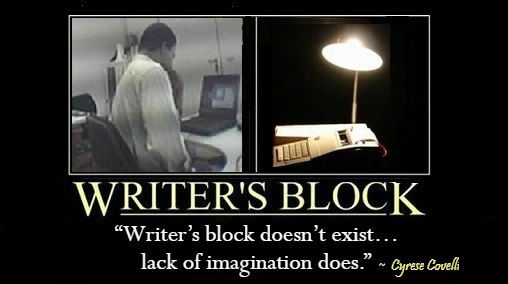 “Who is more to be pitied, a writer bound and gagged by policemen or one living in perfect freedom who has nothing more to say?” 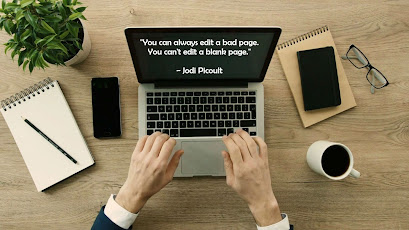 Of all the things that have been said about writer’s block, I find the English humorist, Terry Pratchett’s take most amusing: “There’s no such thing as writer’s block. That was invented by people in California who couldn’t write.” I suppose he’s referring to Hollywood, a not-so-subtle dig at screenwriters. But he isn’t the only one who disparages the idea. “I don’t believe in writer’s block,” Peter Arpesella, an award-winning actor, writer, and published author, says. “If I can’t write, I go out and live. Then, if I’m a writer, I’ll find something to write.” 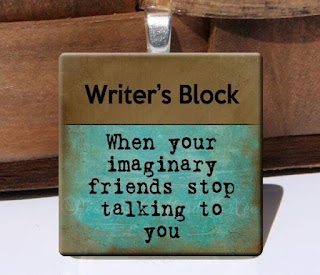 But writer’s block is real. It is a condition in which authors suffer a creative slowdown that causes them to lose the ability to produce new work. It could be poetry, songwriting, fiction, screenplays, et al. And contrary to what many think, it is not measured solely by time passing without writing, it is primarily determined by time passing without productivity in the task an author has embarked on. For example, a writer may choose not to write for a year or more for any number of reasons without necessarily suffering from writer’s block. But a writer who takes on a new project—songwriting, movie script, television show, fiction, or poetry—and produces little or nothing as time passes, is suffering from writer’s block. 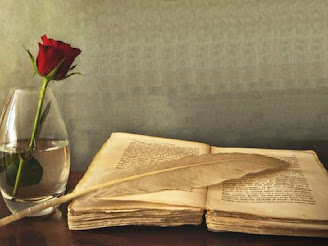 When that happens, usually, some writers offer excuses that range from a flight of inspiration to problems with day jobs to family responsibilities to juggling too many ideas that make it difficult to decide on the best approach to the story, which, not surprisingly emboldens cynics in their belief that writer’s block does not exist. The American novelist and journalist, Norman Mailer, who’s written 11 best-selling novels, puts it bluntly, “Writer’s block is only a failure of the ego.” 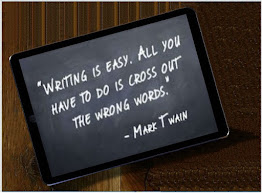 If that sounds harsh, perhaps a subtle take on the issue by the essayist, Orson Scott Card, might be of some comfort, “Writer’s block is my unconscious mind telling me that something I’ve just written is either unbelievable or unimportant to me, and I solve it by going back and reinventing some part of what I’ve already written so that when I write it again, it is believable and interesting to me. Then I can go on. Writer’s block is never solved by forcing oneself to “write through it,” because you haven’t solved the problem that caused your unconscious mind to rebel against the story, so it still won’t work - for you or for the reader.” 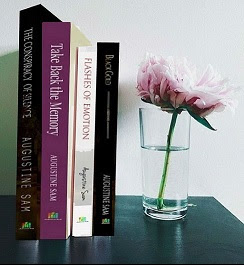 British comic book writer Warren Ellis doesn’t share such sensitivity. “Writer’s block?” he says. “I’ve heard of this. This is when a writer cannot write, yes? Then that person isn’t a writer anymore. I’m sorry, but the job is getting up in the f--king morning and writing for a living.” Except that some people don’t write for a living, they write for a hobby. But for those who do, the author, Barbara Kingsolver has a word of advice, “I learned to produce whether I wanted to or not. It would be easy to say oh, I have writer’s block, oh, I have to wait for my muse. I don’t. Chain that muse to your desk and get the job done.” Why? Well, because, as the ghostwriter, Larry Kahaner, says, “Professional writers don’t have muses; they have mortgages.” And that probably explains why social activist, Jack London, insists that “You can’t wait for inspiration. You have to go after it with a club.”

However, for many writers, that’s easier said than done. For them, writer’s block is as real as day; but then, so is that elusive element called inspiration, both of which can be hampered or boosted by the same factor - adverse circumstances in the writer’s life, such as a broken relationship, financial difficulties, or pressure to produce work not attuned to their natural inclination, like an unsuitable genre, for example. What to do? Sometimes it helps to “walk away” for a while and concentrate on other things, but often, what transforms writer’s block into inspiration is extensive research. It also doesn’t hurt to pick someone’s brain on a particular subject-matter.