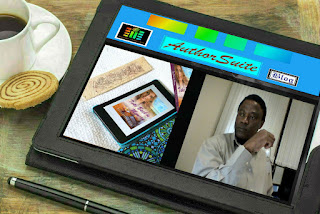 I’d like to welcome Augustine Sam, author of Take Back the Memory to my blog today.

RW   Tell us about your latest book. What motivated the story? Where did the idea come from? What genre is it? Does it cross over to other genres? If so, what are they?

AS:   My latest work, Take Back the Memory, ironically was my debut novel which went out-of-print at the expiration of my contract and is now being republished under a new imprint. It is mainly a women's commercial fiction with elements of romantic suspense. Interestingly, it was conceived originally as a single chapter in another novel I was working on at the time 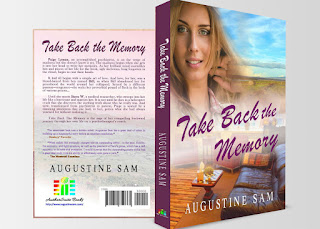 and it was meant to create a minor distraction for the protagonists based on events of a date night. But for some reason I couldn't write it, the more I thought about it the more the story expanded, slowly detaching itself from the original plot until it became clear to me that the story of my protagonist, Paige Lyman, deserved more than a chapter. As every writer knows, when a story is ready to be told, there's nothing an author can do to stop it. So, I put the other novel on hold and focused instead on the plot development that later became Take Back the Memory.

RW:   How much does reader feedback matter to you? Do your fans’  comments and letters influence you in any way? Do you have a favorite comment or question from a reader? 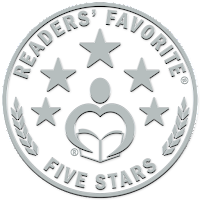 AS:   There's no doubt at all that reader feedback, positive or negative, is of paramount importance to an author. There is a saying in publishing: If you are writing for money, then write what people want to read. In other words, if you are not writing for your personal consumption then what readers say must influence you somehow. However, not all comments from fans are complimentary and that's not necessarily a bad thing because sometimes critiques and the so-called ‘bad reviews’ contain valuable insights and suggestions that can be quite useful to an author.

Having said that, one of my favorite comments from fans after reading Take Back the Memory is: "I can't believe a man wrote that story." Some readers are curious and others just wonder "how a man could delve so deeply into a woman's emotions..."

RW:   What book for you has been the easiest to write? The hardest?  The most fun?

AS:    My second book, Flashes of Emotion (a collection of poems), was perhaps the easiest to write because of the genre. In my creative mind, poetry comes before prose, so working on that collection was like a homecoming for me. While that was the easiest, Black Gold was the hardest to create because I actually set out to write a short novel out of a rather complex plot and it was difficult to tell the story in its entirety without short-changing the reader. The most fun, without a doubt, was Take Back the Memory, because, funny enough, at every turn there was a woman reading over my shoulders, trying to determine if part of her soul was being stolen for literary narration. 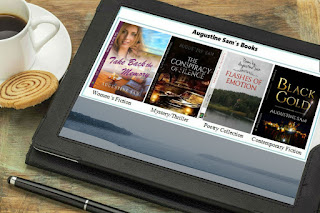 RW: Which comes first, the story, the characters, or the setting?

AS:  It depends on the book. In Take Back the Memory, the story came first. In fact, the unusual life story and choices of Paige Lyman, the protagonist, stood out for me as clear as day. In The Conspiracy of Silence (my mystery/thriller novel), the characters came first. The moment I "met" Rita Spencer, I knew she was going to be my lead, I only had to look over her shoulders to see the other characters lining up. But in Black Gold (my short novel), the setting came first. The places evoked the story: from Monaco, Europe's smallest state, to Manhattan where dreams can be built and shattered in one breath, to Venice in Italy which boast of ancient, mysterious charm, and finally to the underrated dynamics of Nigeria which many western reviewers are blissfully ignorant about.

RW:    What is the hardest part of writing/the easiest for you?

AS:   The hardest part of writing is the presentation, I suppose. Even when writers have a complete story in their heads, they must still find a way to tell it in a manner that makes sense, not only to them but to the reader as well. The easiest part, of course, is the story's conception. Now, while it is not effortless to conceive an idea, writers are mostly blessed with a vivid imagination. That, after all, is what distinguishes a creative mind from a non-creative one. So, I'd say presenting the story to the reader is the hardest part of writing and I hold the view that a novel should possess elements of complexity and finesse, in tone and in language, that distinguish it from coffeehouse chatter among friends.

RW:   What do you hope readers take with them after reading your work?

AS:    I hope their mind soars with heights of insight after reading my work, whether it is about the exploration of the mystery of love or the highlights of the complexity of the human mind. I hope the work leaves them with an impression similar to the sensation of walking out of a theatre after watching a really good movie. You know, sometimes we read fiction to "escape" but we can do so to learn as well because fiction can, in manifold ways, give us valuable insights into many of life's realities.

RW:    What is your secret guilty pleasure?

AS:    Well, my guilty pleasure—smoking an aromatic pipe—is not really a secret. You know, a quote attributed to Albert Einstein which I agree with says: "I believe pipe smoking contributes to a somewhat calm and objective judgment in all human affairs." 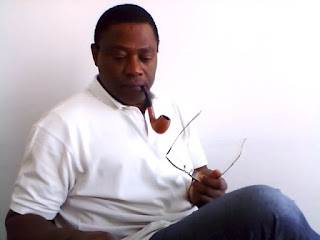 RW:   If you were stranded on a tropical island, who would it be with? You can choose any living, deceased or mythical figure.

AS:    Bob Marley. (We'd sing and smoke and forget we were stranded on a tropical island.)

RW:    If you came with a warning label, what would it say?

AS:     Absolutely unpredictable. Handle with care.

RW:   What can we expect from you in the future? Where do you hope to be five years from now?

AS:    Readers can expect my long-awaited trilogy—the first part of which I put on hold to write my debut novel, Take Back the Memory. It is a literary thriller with romantic elements. With regards to the second question, I try not to hope for anything either now or five years from now?

RW:  Those are all the questions I have for you. Thank you for speaking to me. 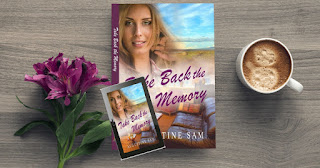 Paige Lyman, an accomplished psychiatrist, is on the verge of madness but she doesn’t know it yet. The madness begins when she gets it into her head to write her memoirs. As her brilliant mind assembles bits and pieces of her life for the book, ugly skeletons, long forgotten in the closet, begin to rear their heads.

It had all begun with a simple act of love. And love, for her, was a blond-haired Irish boy named Bill. So when Bill abandoned her for priesthood, the world around her collapsed. Seized by a different passion—vengeance—she seeks her proverbial pound of flesh in the beds of various priests…

Until she meets Stern W, a medical researcher, who sweeps into her life like a hurricane and marries her. They live happily ever after until he dies in a helicopter crash and she discovers the startling truth about who he really was. Now, transformed from psychiatrist to patient, Paige is seared by damning memories she must decipher in order to be free.

Take Back The Memory is the saga of her compelling backward journey through her own life on a psychotherapist’s couch.