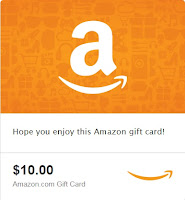 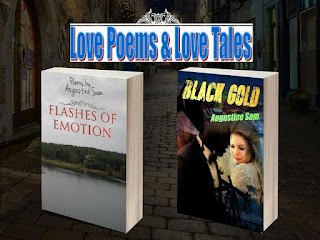 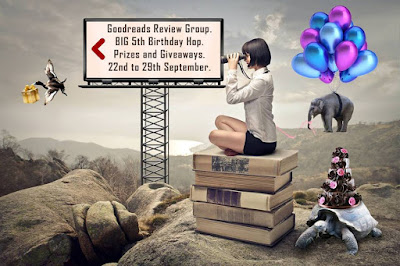 Do you love books as much as we do? Fantastic! Because we’re bringing the party to you! You can never have too many books!

The Goodreads Review Group is the biggest peer review group on Goodreads and helps indie authors get non-reciprocal, 100% honest reviews for their work. To celebrate the group's 5th anniversary, we are organizing a Facebook/Goodreads hop during which you'll meet a variety of authors offering 20+ books and much more. 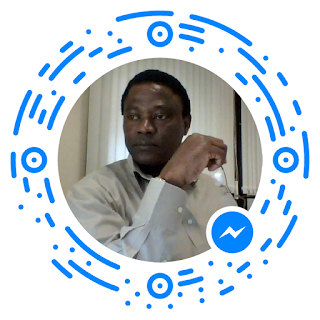 As part of the hop, Augustine Sam is offering:

For a chance to win:

Like his Facebook page/Follow him on twitter. And tell him where to send your prize + your preferred ebook format ('cos you may be the winner) by sending a message here

A Winner will be chosen at random after the hop ends. 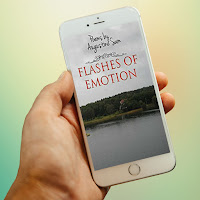 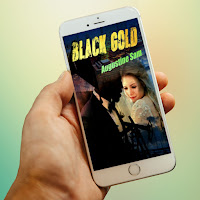 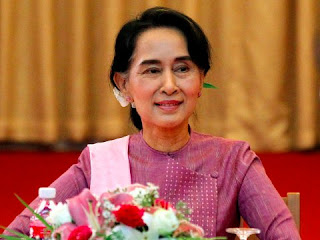 The general impression now is that in Aung San Suu Kyi, the world mistook a craving for power for a genuine struggle for equal rights and democracy.

Until recently, Aung San Suu Kyi, winner of the 1991 Nobel Peace Prize for “her non-violent struggle for democracy and human rights,” was a national hero in Burma (now Myanmar) and an international icon. Admired around the world, she was often likened to such moral giants as Mahatma Gandhi and Nelson Mandela. Born in 1945 in Rangoon (now Yangon), the largest city in Myanmar, she studied at international schools in the city until her mother was appointed an ambassador to India when she was 15 and the family moved to Delhi. In 1964, she won a place at Oxford to study PPE where she met her future husband, Michael Aris, a British academic.

Before their marriage, Aung San Suu Kyi was said to have warned Aris that one day she might take up politics. “I made him promise that if there was ever a time I had to go back to my country, he would not stand in my way,” she was reported to have told New York Times. “And he promised.” That time came in 1988 when her mother’s illness (following a stroke) coincided with political upheavals in the country accompanied by protests against the military dictatorship.

Aung San Suu Kyi, on returning to Myanmar to be at her mother’s bedside, was persuaded to join the opposition movement by activists who hoped to harness the power of her family name. Her husband and sons (then aged 11 and 15) later went to Yangon to discuss whether she should enter politics, a discussion they knew would have a significant impact on the family. Her decision to stay back in Myanmar and participate in the political process effectively put her family second and her country first, and didn’t change even as her husband battled cancer alone in 1999, which left her young sons to struggle after his death. 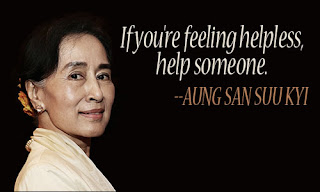 In August 1989, Aung San Suu Kyi delivered her first speech to a euphoric
reception. She co-founded the National League for Democracy and was jailed that summer. Two years later, she won the Nobel Peace Prize. No matter, her persecution by the military junta continued, and their decades-long standoff made her arguably the most famous political prisoner in the world while the junta became an international pariah.

Responding to years of house arrest by playing piano and taking up meditation, her calmness endeared her to many around the world. She only broke down when a rare call with her dying husband was cut off. But her perseverance fed the legend that saw her life made into a film, The Lady, starring Michelle Yeoh and pushed the isolated military regime to make concessions.

Aung San Suu Kyi was finally released from house arrest in 2010, and two years later, allowed to contest a by-election which she won. Free to leave Myanmar at last, she traveled overseas to collect the awards that had stacked up during her years of detention. Delivering her Nobel lecture two decades after being awarded the prize, she dwelt on the “great sufferings” addressed in Buddhist theology, saying: “I thought of prisoners and refugees, of migrant workers and victims of human trafficking, of that great mass of uprooted of the earth who have been torn away from their homes, parted from families and friends, forced to live out their lives among strangers who are not always welcoming.”
But since taking power, Aung San Suu Kyi has shocked many by her awful lack of concern for continued abuses against the Rohingya Muslim minority perpetrated by a government of which she is now a part which UN officials have described as “ethnic cleansing.”

The woman who was introduced by John Bercow (Speaker of the British House of Commons) as “the conscience of a country and the heroine of humanity,” has become an enthusiastic apologist for the military’s abuses of human rights in a country she almost gave her life for. A shocked Archbishop Desmond Tutu told her in a letter, “If the political price of your ascension to the highest office in Myanmar is your silence, the price is surely too steep.”

"If the political price of your ascension to the highest office in Myanmar is your silence, the price is surely too steep.” pic.twitter.com/20wb0jZj91
— The Guardian (@guardian) September 8, 2017 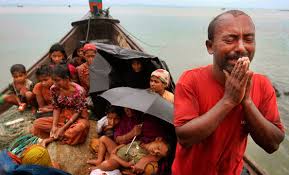 But Aung San Suu Kyi is not silent, not anymore. In a surprise outburst reported by the BBC, she described reports of the abuse as “Fake News,” which, ironically underscores her own words in Freedom From Fear (her most famous work): “It is not power that corrupts but fear. Fear of losing power corrupts those who wield it.”