Memorable Images of the Year in Review

2016: A year that marked a striking repudiation of the status-quo...


There were a number of unpredictable celebrity deaths—Fidel Castro, David Bowie, Mohammed Ali, Prince, George Michael, Carrie Fisher & her mom, Debbie Reynolds, among others. History was also made—The Chicago Cubs won the World Series after a 108-year drought, Donald Trump defied polls, party establishments, and the mainstream media to become the 45th president of the United States, Britain voted to leave the European Union, a young African American gymnast and first-time Olympian, Simone Biles, won
four gold medals after a spectacular performance in Rio. There were some iconic happenings too—from the soaring of Vienna waltzes at the New York City Ballet to “Hamilton,” a Broadway hit about the American Revolution. Female empowerment was dealt a mighty blow—the defeat of Hillary Clinton (the first ever female  presidential candidate of any major political party in the US) at the presidential polls, the shocking impeachment and removal from office of two female presidents, Dilma Rousseff of Brazil & Park Geun-hye of South Korea. And, of course, the familiar tragedies—the barefaced killing of unarmed African American men by white policemen in many American cities and getting away with it, multiple terrorist attacks in continental Europe, and massive earthquakes in Italy.

January: A mosquito-borne Zika virus introduced itself to the world as Brazil saw a surge in birth defects related to the virus. In Washington D.C., President Obama had tears in his eyes while speaking at the White House in condemnation of gun violence. On the 10th day of the month, David Bowie died at age 69.

February: During the Super Bowl halftime show, singer Beyoncé introduced a controversial element into her performance when she and her dancers appeared on stage with outfits reminiscent of the Black Panther movement. On the 13th of that month, Justice Antonin Scalia died and his seat was draped in black at the Supreme Court.

March: A bomb blast at the Brussels Airport killed 15 people and two suicide bombers. Islamic State extremists claimed responsibility for the
disaster. An agreement signed between the European Union and Turkey was broadly successful in reducing the refugee and migrant flow into Europe. And, with the closing of the main route to Germany, more than 40,000 migrants were stranded near Indomeni in Greece.

April: Music legend, Prince, died from an accidental overdose of the painkiller fentanyl. In California, a 17-year-old Muslim girl, Zarifeh Shalabi, was elected prom queen at her high school (a few miles from the site of the terrorist attack in San Bernardino in December 2015). Her non-Muslim friends campaigned for her by wearing hijabs in solidarity.

May: The warming effects of Climate Change shocked many
when a picture was published of Felix Condori, mayor of Llapallapani and a former fisherman, standing in the dry bed that was once Bolivia’s second-largest lake, Poopò. With the vanishing of Lake Poopò, the Uru-Murato people (the oldest indigenous group in the area) lost their livelihoods.

June: Boxing legend, Mohammed Ali, died. Nine days later, violence struck in Orlando, Florida when a
29-year-old security guard, Omar Mateen, killed 49 people and wounded 53 others inside Pulse, a gay nightclub that was hosting Latin night festivities. Shot and killed by the Orlando police after a three-hour standoff, Omar’s act was the deadliest mass shooting by a single shooter and the worst incident of violence against LGBT people in US history. That same month, contrary to every hope and prayer, Brexit happened, and with it, British Prime Minister, David Cameron, resigned.

July: Images from a Facebook live video showed the aftermath of the fatal shooting of Philando Castile during a traffic stop by a police officer. Later, during an organized protest over police injustice against African American men, five officers were killed.

In Turkey, a military coup was staged against President Recep Tayyip Erdogan, which failed spectacularly.
On the 14th day of the month, Mohammed Lahouaje-Bouhlel, a Tunisian man (residing in France) deliberately drove a 19-tonne cargo truck into crowds of people celebrating Bastille Day on the Promenade des Anglais in Nice. The terrorist was shot and killed by the French police following an exchange of gunfire. As if that wasn’t painful enough, about two weeks later, two terrorists attacked the Saint-Ėtienne-du-Rouvray church in the French region of Normandy during a mass, killing an 86-year-old priest. ISIS claimed responsibility.

August: A 5-year-old Syrian boy, Omran Daqneesh, was rescued after a devastating airstrike in Aleppo, and the image of his dust and blood-covered face not only captured the imagination of the world, it also became a symbol of the havoc caused by the Aleppo airstrikes. In Brazil, just before the Rio Olympics began, President Dilma Rousseff was impeached and removed from office after a bitter fight following accusations of corruption.
Luckily, it didn’t derail the Games, where Simone Biles, an American gymnast, and first-time Olympian, delighted her country with graceful performances on the uneven bars at the gymnastics arena, winning four gold medals. As the month edged slowly to an end, a 6.2 m earthquake hit the Lazio, Umbria and Marche regions of Italy, killing nearly 300 people.

September: For the umpteenth time, a rather scandalous event—a recurring nightmare in the African American community—played out when protests in
Charlotte, North Carolina, set off by the police killing of a black man, Keith L. Scott, spiraled into violence, with gunfire leaving a 26-year-old man, Justin Carr, fatally wounded.

Later that month, the first of three presidential debates between Hillary Clinton and Donald Trump took place at the Hofstra University in Hempstead, New York, with millions of people glued to the television for 95 minutes.

In the Philippines, President Rodrigo Duterte’s ruthless antidrug-campaign led to overcrowded prisons. In one city jail, inmates took turns sleeping in any available space, including a basketball court.

And in Italy, earthquakes ranging from 5.5m to 6.6m hit the regions of Umbria and Marche between the 26th and 30th of the month.

November: Donald Trump won more than the 270 electoral college votes needed to clinch the presidency. Hillary Clinton said in her concession speech, “This loss hurts. But please never stop believing that fighting for what’s right is worth it.” Two days after the election, President Obama met the President-elect at the Oval office. In Havana, the Cuban revolutionary leader, Fidel Castro, died at 90. Chicago Cubs made history by winning the World Series for the first time in 108 years.

December: Italian Prime Minister Matteo Renzi resigned after losing a major referendum on constitutional reform on which he had staked his premiership. In South Korea, President Park Geun-hye was impeached after a political scandal involving the level of access to the presidency by an aide. And in Ankara, a gunman (who was identified as a police officer) shot and killed Andrey G. Karlov, the Russian ambassador to Turkey, at an art exhibition in the full glare of television cameras, shouting, “Don’t forget Aleppo! Don’t forget Syria!”

Just days before Christmas, a 24-year-old Tunisian, Anis Amri, who had earlier pledged allegiance to ISIS, hijacked a truck and drove into crowds at the Breitscheidplatz Christmas market in Berlin, killing twelve people. He then fled Germany and was later shot and killed by the Italian police in Milan. On Christmas Day, sadly, George Michael died. Two days later, Carrie Fisher died, and the next day, her mother, Debbie Reynolds, joined her. 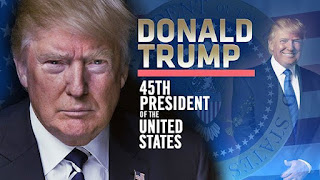 The Electoral College voted December 19, 2016, finalizing Donald Trump's election as the 45th President of the US. The following day, in the supposedly greatest democracy on earth, the hypocrisy of many caught up with them in the form of a trending hashtag, #NeverMyPresident.

In a democracy, the will of the people supersedes everything else. Therefore the hashtag was as stupid as the call for the abolition of the #ElectoralCollege and as divisive as the #CrookedHillary hashtag (that unfairly demonized one flawed candidate over an equally flawed opponent), given that elections are won by a majority of votes no matter how people feel about a particular candidate. 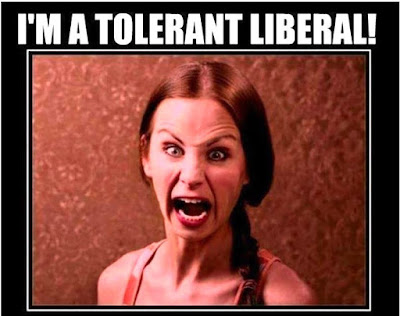 In the US, it’s the electoral college vote that counts, so even though Hillary Clinton won the popular vote by nearly three million ballots, it did not change anything. Fact is, for the Democrats, the numbers just didn’t add up this time, but that’s no reason to devalue the electoral college.

By calling for its abolition and continuing an unhealthy obsession with Trump (which, by the way, is the reason he won in the first place), Clinton fans and the Democratic Party are unwittingly impeding the unraveling of Donald Trump. The campaign is over, now it’s time to assess him on his policy, not his campaign antics. 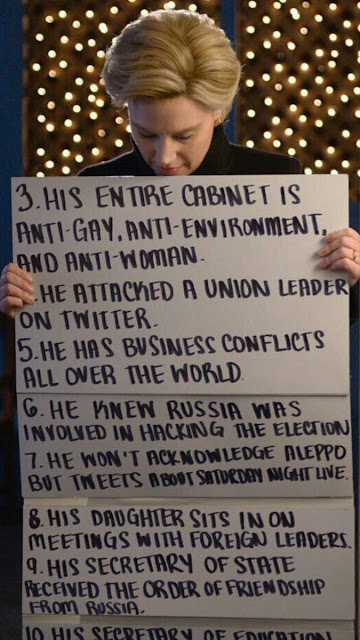 Therefore criticizing him for every triviality will erode the power of  any serious critique on things that actually matter. And since his supporters, like him, take all criticism personally, they instinctively respond to every attack by defending him, which leaves them no time to actually evaluate him. It is important for them to evaluate him because they voted him for a purpose.

It goes without saying that dwelling on trivialities simply repeats the mistakes made during the campaign, which is, steering attention away from issues.  It is now clear, of course, that disparaging Trump just “for being Trump,” is tantamount to celebrating Trump.

It might be time for the country to move on. It might also be time for Democrats to look beyond the email hacking as a reason for their loss though a bipartisan investigation is crucial for the sake of the country.

The truth of the matter is that if the contents of those emails were not damaging to Mrs. Clinton, the hacking would not have made any difference at all, after all, as many have said, the Russians didn’t write the emails.

One interesting point many ignore is that if a majority of American voters wanted Hillary Clinton to be president, the hacked emails, even with their damaging contents, would not have made any difference. And there is no greater proof of that than Donald Trump himself.


Maybe it’s time for America to finally "silence the guns" and seek instead to understand the meaning behind that choice. 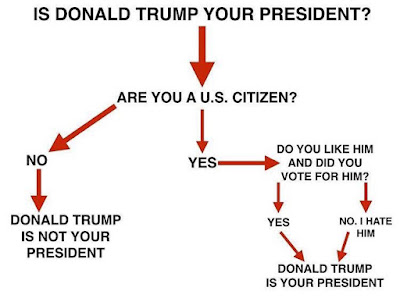 Welcome to the Decadent Decem-brr Reads

As the month of December rolls in, some of your favorite authors have come together to offer readers a special giveaway

The prizes are as follows: 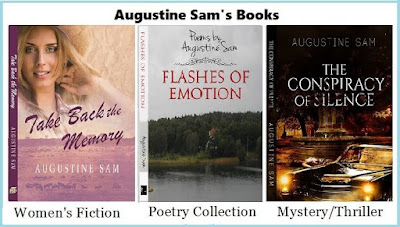 “It’s the possibility of having
a dream come true that makes
life interesting.”