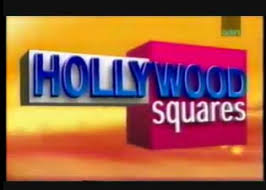 The original Hollywood Squares was a legitimate game show [running from 1966 to 2004], though, interestingly, the game acted largely as a background for the show’s comedy in the form of ‘joke’ answers (called ‘Zingers’), often given by the stars prior to their real answer. The following questions and answers are from the days when responses from the celebrity guests were spontaneous and witty. Peter Marshall was the host asking the questions. Enjoy!

Q. Do female frogs croak?
A. Paul Lynde: If you hold their little heads under water long enough.

Q. If you're going to make a parachute jump, at least how high should you be?
A. Charley Weaver: Three days of steady drinking should do it.

Q. You've been having trouble going to sleep. Are you probably a man or a woman?
A. Don Knotts: That's what's been keeping me awake.

Q. According to Cosmopolitan, if you meet a stranger at a party and you think that he is attractive, is it okay to come out and ask him if he's married?
A. Rose Marie: No; wait until morning.

Q. Which of your five senses tends to diminish as you get older?
A. Charley Weaver: My sense of decency.

Q. In Hawaiian, does it take more than three words to say "I Love You"?
A. Vincent Price: No, you can say it with a pineapple and a twenty.

Q. As you grow older, do you tend to gesture more or less with your hands while talking?
A. Rose Marie: You ask me one more growing old question Peter, and I’ll
give you a gesture you’ll never forget.

Q. Paul, why do Hell’s Angels wear leather?
A. Paul Lynde: Because chiffon wrinkles too easily.

Q. Charley, you’ve just decided to grow strawberries. Are you going to get any during the first year?
A. Charley Weaver: Of course not, I’m too busy growing strawberries.

Q. It is considered in bad taste to discuss two subjects at nudist camps. One is politics, what is the other?
A. Paul Lynde: Tape measures.

Q. During a tornado, are you safer in the bedroom or in the closet?
A. Rose Marie: Unfortunately Peter, I’m always safe in the bedroom.

Q. Can boys join the Campfire Girls?
A. Marty Allen: Only after lights out.

Q. When you pat a dog on its head he will wag his tail. What will a goose do?
A. Paul Lynde: Make him bark?

Q. If you were pregnant for two years, what would you give birth to?
A. Paul Lynde: Whatever it is, it would never be afraid of the dark.

Q. According to Ann Landers, is there anything wrong with getting into the habit of kissing a lot of people?
A. Charley Weaver: It got me out of the army.

Q. It is the most abused and neglected part of your body, what is it?
A. Paul Lynde: Mine may be abused, but it certainly isn’t neglected.

Q. Back in the old days, when Great Grandpa put horseradish on his head, what was he trying to do?
A. George Gobel: Get it in his mouth.

Q. Who stays pregnant for a longer period of time, your wife or your elephant? 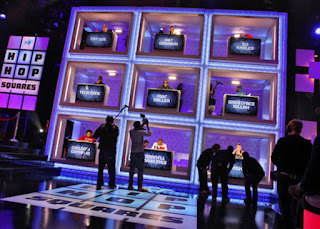 A. Paul Lynde: Who told you about my elephant?

Q. When a couple have a baby, who is responsible for its sex?
A. Charley Weaver: I’ll lend him the car, the rest is up to him.

Q. Jackie Gleason recently revealed that he firmly believes in them and has actually seen them on at least two occasions. What are they?

A. Charley Weaver: His feet.

Q. According to Ann Landers, what are two things you should never do in bed?

A. Paul Lynde: Point and Laugh
Tweet
Posted by AuthorSuite Blog at Sunday, November 20, 2016 No comments: Links to this post

The Moment of Truth

The triumph of Donald Trump as the 45th president of the United States, which comes at the heels of Britain’s exit from the European Union, has been hailed as the apocalypse. But apocalypse, it may not be. Though several issues and scandals fanned the embers of the bitterly fought 2016 election, what really propelled voters in the US, as in Britain (during the Brexit vote), was an unprecedented yearning for change. It probably doesn’t matter now that no one actually asked the question: What kind of change?

Clearly, the clash between Trump and Mrs. Clinton challenged Americans to confront divisions over race, gender, religion, ideology, and the country’s very national identity.
Interestingly, the "candidate Trump" and the "president-elect Trump" appear to be two different people. In his victory speech and in his comment during a visit to the White House for a meeting with President Obama, Trump sounded conciliatory. Now, what if the campaign persona was actually stage-managed? What if the facade of bigotry was just set up to appeal to a larger number of those angry  and desperate for change no matter what? What if no wall will be built? What if Muslims can enter the US as before? 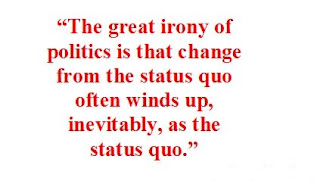 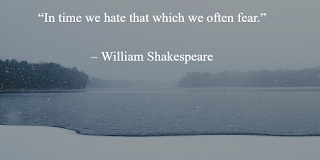 In a world where interest groups have usurped the rights of many ordinary people, causing the middle class to disappear and sparking anger, some believe that boosting populist movements everywhere is the best possible chance they have to upend the corrupt system. So, the emergence of Trump in the 2016 presidential election and his disregard for political correctness which many people despise, gave hope to those who felt short-changed.

Interestingly, following his victory, many irritants in Europe, who mistake racism and homophobia for populism, are bracing themselves for the wind of change that they think a Trump presidency will bring.

Now, as controversial as this might sound, I think that it probably wouldn’t be a bad idea to allow the radical movements in Europe to win for a change—from Marie Le Pen of France to Heinz-Christian Strache of Austria to Geert Wilder of the Netherlands to Pablo Iglesias of Spain to Beppe Grillo of Italy—not because they can deliver, but because it will prove a very simple point, and that is: It is easier to find fault than to find a solution.


As many examples have revealed, campaign rhetoric and the reality of governance are two different things. And truth be told, in the history of mankind, revolutions triggered by emotions had been largely successful because they were powered by ideas, which today’s populism gravely lacks.

There is no question at all that in the absence of a fundamental idea of statehood, blind anger over a broken system alone cannot a revolution make. 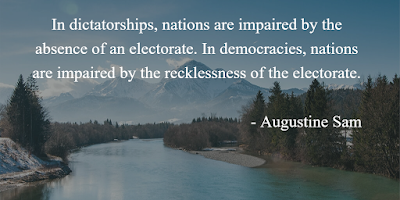