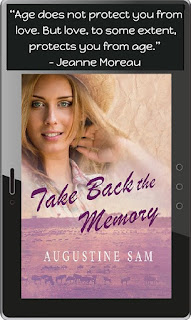 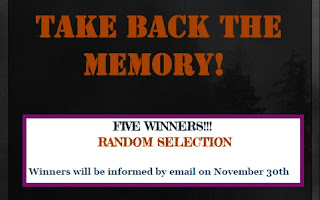 Check out what readers are saying: 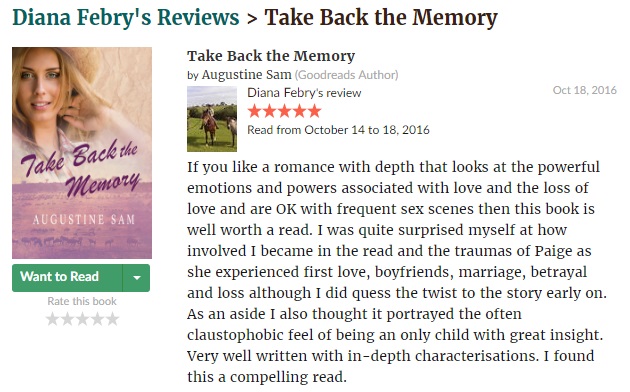 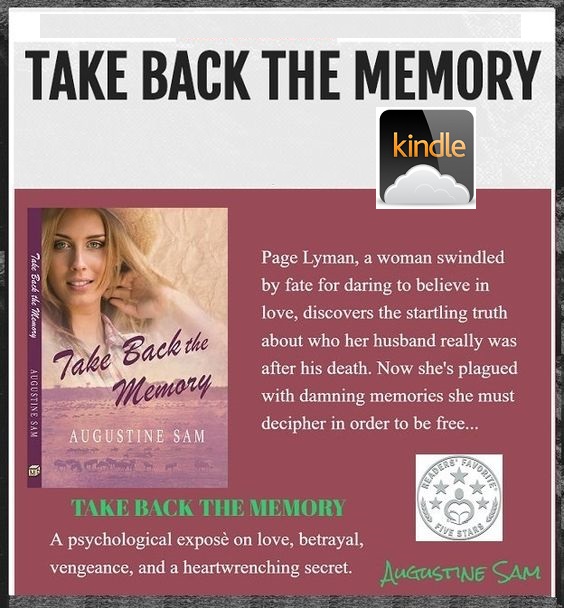 Don't forget to join the Facebook Party on October 27

Five kindle copies of:
TAKE BACK THE MEMORY 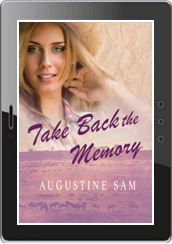 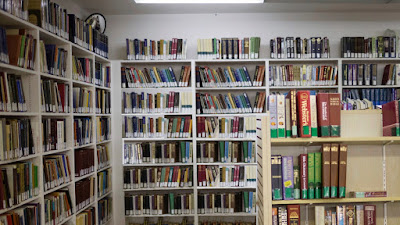 “A person who knows how to laugh at himself will never cease to be amused.” 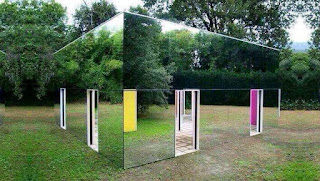 Long ago in a small, far away village, there was a place known as the House of 1000 Mirrors. A small, happy little dog learned of this place and decided to visit. When he arrived, he bounced happily up the stairs to the doorway of the house. He looked through the doorway with his ears lifted high and his tail wagging as fast as it could. To his great surprise, he found himself staring at 1000 other happy little dogs with their tails wagging just as fast as his. He smiled a great smile, and was answered with 1000 great smiles just as warm and friendly. As he left the house, he thought to himself, “This is a wonderful place. I will come back and visit it often.”

In this same village, another little dog, who was not quite as happy as the first one, decided to visit the house. He slowly climbed the stairs and hung his head low as he looked into the door. When he saw the 1000 unfriendly looking dogs staring back at him, he growled at them and was horrified to see 1000 little dogs growling back at him. As he left, he thought to himself, “That is a horrible place, and I will never go back there again.”

All the faces in the world are mirrors. What kind of reflections do you see in the faces of the people you meet?

I was taking a shower when my 2-year-old son came into the bathroom and wrapped himself in toilet paper. Although he made a mess, he looked adorable, so I ran for my camera and took a few shots. They came out so well that I had copies made and included one with each of our Christmas cards. Days later, a relative called about the picture, laughing hysterically and suggesting I take a closer look. Puzzled, I stared at the photo and was shocked to discover that in addition to my son, I had captured my reflection in the mirror -- wearing nothing but a camera!

An acquaintance of mine who is a physician told this story about her then-four-year-old daughter. On the way to preschool, the doctor had left her stethoscope on the car seat, and her little girl picked it up and began playing with it. “Be still, my heart,” thought my friend, “My daughter wants to follow in my footsteps!”
Then the child spoke into the instrument, “Welcome to McDonald’s. May I take your order?”

A boy had reached four without giving up the habit of sucking his thumb, though his mother had tried everything from bribery to reasoning to painting it with lemon juice to discourage the habit. Finally she tried threats, warning her son that, “If you don’t stop sucking your thumb, your stomach is going to blow up like a balloon.” Later that day, walking in the park, mother and son saw a pregnant woman sitting on a bench. The four-year-old considered her gravely for a minute, then spoke to her saying, “Uh-oh… I know what you’ve been doing.”

SO KEEP THE SINGING DOWN, OK?

A Sunday school teacher asked her little children, as they were on the way to church service, “And why is it necessary to be quiet in church?” One bright little girl replied, “Because people are sleeping.”
Tweet
Posted by AuthorSuite Blog at Sunday, October 02, 2016 No comments: Links to this post