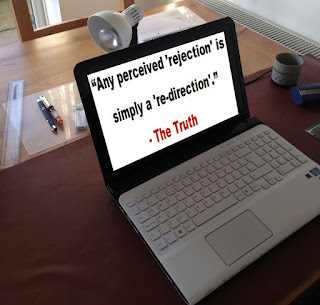 “If the book is true, it will find an audience that is meant to read it.”
- Wally Lamb 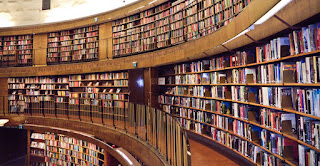 Traditionally, publishing—the activity of making literature and information available to the public—refers to the distribution of printed works, which, until the eBook revolution, made publishers the veritable gatekeepers of writers’ careers. Over the years, many publishers (and even literary agents), placed in a position to play god, made and broke literary careers through the most poisonous weapon in the book publishing industry: rejection letters. How times have changed! These days, rejection slips no longer have a sting. In fact, many writers neither have the time to bother with them nor feel a need to write query letters in the first place. 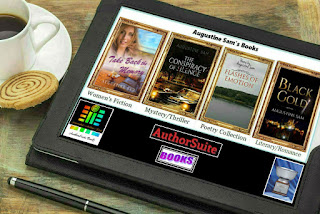 The advent of electronic publishing has not only empowered writers to assume control of their work, it has also effectively robbed publishers of the power of monopoly. Today, an author can make his/her work available to the public as an e-book or as a paperback or even as a hardcover book (by way of print-on-demand technology) with the ease of a bird in flight. It is called self-publishing. And, while the author bears the cost of editing, cover design, and promotion, s/he benefits enormously from the process—complete control of the work, full profit from book sales, and incontestable freedom to determine release date, format, cover price, et al. And it goes without saying that rejection slips from publishers and/or literary agents are no longer the bane of writers’ careers. Interestingly, even some traditionally published authors have begun to go ‘the indie way.’ 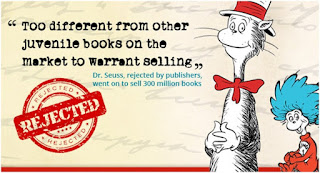 There is no doubt, though, that for writers still seeking to publish their work the traditional way, rejection letters remain a concern, partially because publishers, even literary agents, at times make poor judgments, mistaking potential best-selling books for manuscripts with no literary merit. While the most magnanimous of rejection letters exhort writers not to be discouraged, some have been cruel and utterly inexplicable. For example, when John le Carre sent the manuscript of his debut novel, The Spy Who Came in From the Cold, he was rejected and told “he hasn’t got any future.” Rudyard Kipling was told in one rejection letter that he “doesn’t know how to use the English language.” James Baldwin’s Giovanni’s Room was called “hopelessly bad,” and Richard Bach was rejected by 18 publishers who thought a book about seagull was ridiculous. 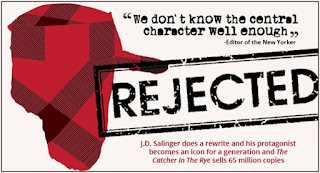 Another case in point is William Faulkner’s book, Sanctuary, which was rejected and called “unpublishable.” The novelist and literary critic, Malcolm Cowley, was said to have told Faulkner once in a letter, “In the publishing circles your name is mud. They are all convinced your books won’t ever sell.” But it wasn’t the last time publishers would consider a great book “unpublishable and unsaleable.” Jack Kerouac’s On The Road was described as “Frenetic and scrambled prose” and rejected by several publishers. As it turned out, they got it wrong. More than 50 years after its original publication, the book is still read, taught, and assigned in high schools and colleges all over the U.S., selling 100,000 copies each year in the United States and Canada and published in 32 foreign countries. 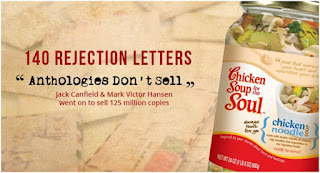 The fate of Ursula K. Le Guin wasn’t much different. Her 1969 science fiction novel, The Left Hand of Darkness, was rejected with these observations: “Ursula K. Le Guin writes extremely well, but I'm sorry to have to say that on the basis of that one highly distinguishing quality alone I cannot make you an offer for the novel. The book is so endlessly complicated by details of reference and information, the interim legends become so much of a nuisance despite their relevance, that the very action of the story seems to be to become hopelessly bogged down and the book, eventually, unreadable.” In spite of this observation, the book became immensely popular and established Le Guin’s status as a major author of science fiction.

Now many writers are fed up with the short-sightedness of publishers and literary agents. Though some know they may not achieve the much-desired success in today’s publishing market which is saturated with books of different kinds, they prefer to self-publish rather than endure the humiliation of rejection by publishers/literary agents whose narrow view of the industry makes them unqualified gatekeepers.

A good example of this new approach to publishing is Marie Force, a romance best-selling author, who took the leap and became a beacon of hope to many indie authors. In a 2015 blog post by Ruth Harris, an industry insider, Force was quoted as saying: “Every romance publisher in the business rejected Maid for Love (book 1 in the McCarthy Series). I am thankful for every one of them now because if even one of those NO votes had been a YES, I’d still be working for someone else and wishing for the career I have now.”
Tweet
Posted by AuthorSuite Blog at Sunday, June 25, 2017 No comments: Links to this post