The Danger of Populism 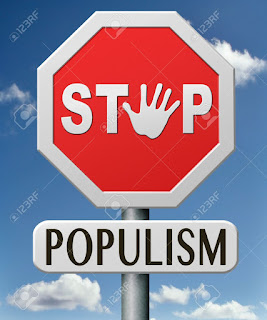 The Danger of Populism


Politics is like sex. It fills people with euphoria, expectancy, and a shallow, reckless acquiescence that’s akin to madness. It uses a combination of lies, conspiracy theories, fear-mongering, and outlandish promises that can’t be kept to woo voters. It does so with unrelenting hypocrisy, and nothing demonstrates it better than the political position widely known as populism. Yet, as has been demonstrated again and again, the reality of governance always contradicts the lofty stated principles that encapsulate many a campaign rhetoric. Still, virtuous citizens, citing disappointment with mainstream politics, repeatedly fall prey to charlatans—the so-called advocates of the common people, counterfeit revolutionaries, and the phony heroes—who claim to be populists.

In February 2013, following the disastrous tenure of Mario Monti, an austerity-obsessed bureaucrat, as interim Prime Minister of Italy, the people were so disappointed with politicians and politics that they turned to a comedian named Beppe Grillo. As founder of the anti-establishment Five Star Movement, Grillo had previously organized what he called V-Day celebration (the “V” stood for vaffanculo, which means “fuck you!” or “fuck off!” or “go fuck yourself!”), effectively establishing himself as a quintessential populist, the man to rescue virtuous citizens from the money-dominated hypocrisy that politics in the country had become. Not surprisingly, the anti-establishment feeling in the country catapulted him to third place in the 2013 election. But once in parliament, rather than put the old dogs to shame with a populist agenda, the elected officials of the Five Star Movement began their tenure with a bitter and well-publicized fight over the amount they were entitled to as allowances, etc.

In January 2015, Alexis Tsipras of Greece, riding the wave of anti-austerity feelings in his country, led his party, Syriza, to victory in a snap legislative election. His campaign promise was to end austerity. Once in government, he faced a different reality – if he needed bailout funds from the European Union, he had to implement austerity measures because, in the world we live in, who pays the piper dictates the tune. It became increasingly clear that a refusal to accept the bailout terms would lead to Greece’s exit from the single European currency, or Grexit. Tsipras had two options: accept the terms of the bailout and apologize to his people for his inability to save them from further hardship or refuse the bailout terms and lead Greece out of the union into uncharted territories. Tsipras did neither. He called a referendum instead, insisting he wanted the people to decide whether to accept the terms of the bailout or not. As far as populism goes, he was on the verge of making history. He actively campaigned for a “No” vote and the people voted accordingly. But barely hours after the referendum, Tsipras dropped his anti-bailout finance minister, Yanis Varoufakis, ignored the people’s vote, and accepted the terms of the bailout, plunging his country into the darkness he had come to deliver them from.

In Britain, Nigel Farage, leader of the UK Independent Party, UKIP, promised the people that if they voted to leave the European Union, the £350m that his country pays to the EU weekly would be used to bolster the National Health Service. No one asked him how he planned to do that seeing as he was neither in government nor in any position to guarantee it. Well, as it turned out, the UK voted 52 – 48 to leave the EU. The morning after, just like bad sex, Farage denied that he had made the promise. 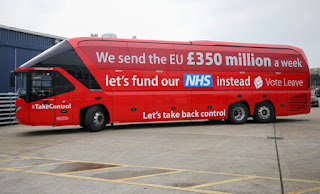 Basking in his victory, Farage went to the European parliament and insulted everyone in the most hypocritical rant of the Brexit drama. In spite of the victory of the Leave campaign, he and all UKIP MPs still maintain their seats in the European parliament, many say because he wants to continue to receive the €16m that EU taxpayers give his party every year. Interestingly, for all his anti-EU stance, Farage is clearly one of the major beneficiaries of the European Union.

What’s worse, some of the people who voted to leave the EU regretted it the morning after, 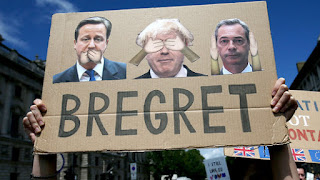 again, like bad sex. In a piece published on Quartz.com, Marcie Bianco said, “Voters’ confusion about the consequences of their actions is indicative of a larger trend. Civic-mindedness in the digital age increasingly seems to rely less on reason or facts and more on passion. In the case of Brexit, people voted emotionally. Many voters were fueled by a xenophobic nationalism reflective of a larger, global uptick in nationalist movements worldwide – including Trumpism in the US.” 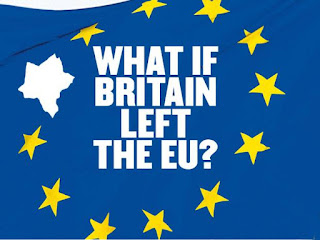 Some of those who later regretted voting to leave the EU said they did not know their votes could make a difference. That, on one hand, is as idiotic as it sounds. On the other hand, it seems that in the era of social media, people’s minds are conditioned to irrational words or posts that can be edited or deleted in the name of freedom of speech. But in real life, unlike the artificial world of social media, irrational words and actions have consequences. They can’t always be edited or deleted at will, and therein lies the danger of populism. Unfortunately, freedom of expression, like the late Umberto Eco (author of The Name of the Rose), once said, has become the “Invasion of fools.” 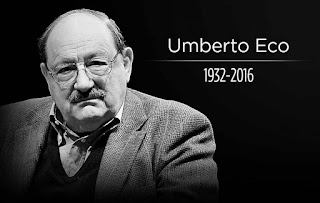 According to him, “Social media gives the right to free speech to a lot of idiots who, in the past, only aired their views at a bar after one glass too many, which, of course, caused no real damage to the collectivity…But with social media, they are put on the same pedestal as Nobel laureates. In the past, the television had uplifted the village idiot with the impression that the viewer was superior. Now, the nightmare scenario of the internet is that social media has elevated the village idiot to the status of truth bearer.”

The veracity of his claim was demonstrated in The New York Times with a report, which explained that activities on pro-Brexit Facebook pages—more than 11 million likes, shares, and comments—exceeded the engagement on pro-Remain pages. Likewise on Twitter, the Times’ John Herrman, citing analytics firm Talkwalker, said there was “a substantial lead in leave-related hashtags over remain-related hashtags in May, suggesting there was more discussion on the ‘leave’ side.”

And in an article entitled, “The science of why people insist on making idiotic choices,” Professor Andre Spicer of Cass Business School, City University London, wrote, “In the UK, we have seen a broad consensus of economics experts warning that a vote to leave Europe would be disastrous, but the majority voted to leave anyway.” He offered the following explanation, “To find the real reason people seem to disregard the views of experts about important matters, we need to look at how we process information. In The Stupidity Paradox, a recent work I completed with Mats Alvesson, we asked why, in a world of increasingly smart people, we so frequently end up making incredibly stupid decisions. One reason is our inbuilt cognitive biases. We often make quick decisions about complex issues on the basis of our past beliefs or even chance associations. After we have made these decisions—which often happen in a matter of milliseconds—we start the laborious process of proving ourselves right. We seek information which justifies decisions already made.”

The Brexit vote, not surprisingly, has convulsed UK politics. Even before Boris Johnson— leader of the leave vote—was stabbed in the back (some might say, good riddance!), his political star did not look bright anyway. A comment in the Guardian newspaper summed it all up nicely: “Perhaps many Brexiters do not realize it yet, but they have actually lost... Throughout the campaign, David Cameron had repeatedly said that a vote for leave would lead to triggering Article 50 straight away... but, in the midst of the sentimental nautical references of his speech yesterday, he quietly abandoned that position and handed the responsibility over to his successor. As the day wore on, the enormity of that step started to sink in: the markets, Sterling, Scotland, the Irish border, the Gibraltar border, the frontier of Calais, the need to continue compliance with all EU regulations for a free market, re-issuing passports, Brits abroad, EU citizens in Britain, the mountain of legislation to be torn up and rewritten ... the list grew and grew.”

Continuing, the commentator said, “The referendum result is not binding. It is advisory. Parliament is not bound to commit itself in that same direction. The Conservative party election that Cameron triggered will now have one question looming over it: will you, if elected as party leader, trigger the notice under Article 50? Boris Johnson knew this... If he runs for leadership of the party, and then fails to follow through on triggering Article 50, then he is finished. If he does not run and effectively abandons the field, then he is finished. If he runs, wins and pulls the UK out of the EU, then it will all be over - Scotland will break away, there will be upheaval in Ireland, a recession ... broken trade agreements. Then he is also finished...”

Populism, like cancer, is something evil that spreads destructively. The examples of Italy and Greece cited above explain it all. Now too, the UK has begun to reap the fruit of its willful ignorance. In the US, where the Trump madness has stunned many, perhaps no observation is more apt than the words of Winston Churchill, “Americans will always try to do the right thing—after they’ve tried everything else.”
Tweet
Posted by AuthorSuite Blog at Saturday, July 02, 2016 No comments: Links to this post