The Hypocrisy of "Grey" Reviews 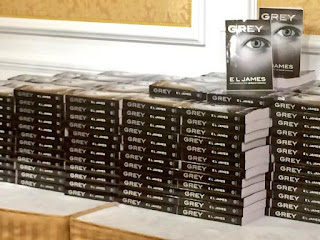 Sex sells, there’s no question about that. People’s appetite for sex—be it good sex, bad sex, hilarious sex, or bondage sex, etc, in words and in video—is huge. The success of the Fifty Shades of Grey trilogy by E. L. James is an ample attestation. Since the publication of the original novel, the trilogy has sold over 125 million copies globally, with the film adaptation of the first book grossing over $569 million.
And success, like alcohol, intoxicates. In the case of E. L. James, that’s not exactly a bad thing. She decided to take advantage of the huge success of her books as well as people’s appetite for a kinky sex saga, to propose a ‘rewrite’, entitled “Grey”, this time, told from Christian Grey’s perspective. Not surprisingly, it has been the top Kindle pre-order book of 2015 on Amazon.
Now, the reviews are in and some of them are not flattering. “It’s full of recycling,” wrote Jim Dandy on Amazon. “Recycled plot, recycled characters, recycled dialogues—James must’ve had a breeze, not having to come up with new things to write. But reading it was no breeze.”  Many people commented on the review, agreeing with him. 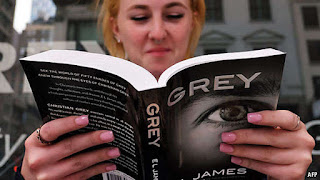 The Economist’s view was not flattering either. “Considering such commercial savvy, it is disappointing that the author and her publishers are so bereft of ambition. The events covered in “Grey” are an exact facsimile of those in the first novel…”
Reviews in the Daily Mail by Libby Purves expressed the same disappointment. “With crafty economy of effort, Ms James has simply shadowed the whole plot of Book One, reproducing the clunky polystyrene dialogue word for word, and inserting italicised thoughts by Christian himself… James also reproduces all the tediously samey sexual encounters, from the couple's first tryst, in which Grey refrains from hitting Anastasia, to the final flogging which makes her — very temporarily — leave him, on the bizarre pretext that she cannot be 'what he really wants’.”

And Bryony Gordon, reviewing the book for The Telegraph, didn’t like it either. “This, then, is the best the 21st century can come up with in terms of romantic literary heroes – a cut-price Mr. Darcy in nipple clamps,” he wrote. “It is as sexy as a misery memoir and as arousing as the diary of a sex offender.”

Now, let me tell you a story. In 2003, Italy’s Channel 5 aired a television series called “Elisa of Rivombrosa,” which became unexpectedly successful. Inspired by the 1740 novel, Pamela, or Virtue Rewarded, the series, set in the Piedmont region of Italy, was about a love story in 17th century Italy between a young Italian Count, Fabrizio Ristori, and his mother’s maid, Elisa. The series aired 26 episodes spanning two seasons and ended with a bang, making television history in Italy. Though the story had effectively run its course, the producers, seemingly intoxicated by their success, became emotional during the closing ceremony, promising to return with another season.

They did, this time, with “The Daughter of Elisa—A return to Rivombrosa.” But the surprise element that catapulted the original series to success was no longer there. “The Daughter of Elisa…” compared to the first, was a resounding flop. In fact, in no other instance had the Italian saying, “A reheated soup is never good,” been truer. 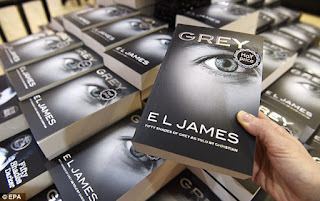 There is a little similarity between this event and E. L. James’ decision to release “Grey,” not in economic terms but in terms of appeal and novelty. No matter, the reviews of “Grey,” in a way, are as disappointing as they make the book out to be. Writing in The Guardian, Jenny Colgan, said, “In some ways, Grey, the follow-up to EL James's bestseller, is almost the same book. It is as if every line of dialogue, every legal contract that sets out Christian Grey's sub-dom relationship with Anastasia Steele, every email from the first volume has been cut and pasted in. We follow each scene in the same order, except this time we see it from Christian's point of view.”

Exactly! And therein lies the triteness of the reviews. 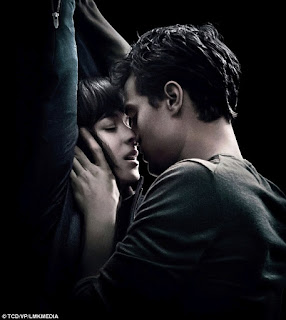 The author hadn’t promised to write a new story. Indeed, based on that alone, “Grey” is neither a disappointment nor a literary failure. It was simply proposed as a ‘rewrite’ of the original story to make readers “see the world of Fifty Shades of Grey anew through the eyes of Christian Grey.”

Now, this is my view. After being wowed by the story in three original Fifty Shades books, if people, unable to curb their craving for a bondage saga and kinky sex, wanted to ‘hear’ the same story told from a different perspective, then every attempt to demean the effort, is hypocritical.
Tweet
Posted by AuthorSuite Blog at Saturday, June 20, 2015 No comments: Links to this post

The Timeless Value of Chinese Proverbs

“He who asks is a fool for five minutes, but he who does not ask remains a fool forever.”

“The gem cannot be polished without friction, nor man perfected without trials.”

“Do not protect yourself by a fence, but rather by your    friends.”

“When you have only two pennies left in the world, buy a loaf of bread with one, and a lily with the other.”

“Raise your sail one foot and you get ten feet of wind.”

"To know the road ahead, ask those coming back."

“Do not employ handsome servants.”

“Keep your broken arm inside your sleeve.”

“When you drink the water, remember the spring.”

“The palest ink is better than the best memory.”
Tweet
Posted by AuthorSuite Blog at Thursday, June 18, 2015 No comments: Links to this post

Freedom of Speech and the Invasion of Fools

Before the advent of Social Media, the right to free speech was one of the most   cherished and unquestionable articles of the Universal Declaration of HumanRights. 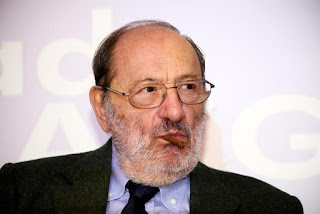 Now, it is “the invasion of fools”, said Umberto Eco, author of the ground breaking historical mystery, The Name of the Rose. “Social Media gives the right to free speech to a lot of idiots who, in the past, only aired their views at a bar after one glass too many, which, of course, caused no real damage to the collectivity because they were usually silenced without much ado. But with social media they are put on the same pedestal as Nobel laureates.” 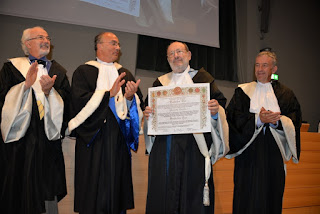 Eco made the remark on June 10, 2015, when his alma mater, University of Turin, conferred an honorary degree in "Communication and Culture of the Media" on him. The degree, according to the university chancellor, Gianmaria Ajani, was in recognition of his contribution towards the enrichment of Italian and international culture in the field of Philosophy, his analysis of contemporary society by means of literature and his profound modernization of the study of communication and semiotics.

“It certainly feels good to be honored for the second time in the same university although I would have preferred a degree in nuclear physics or mathematics,” Umberto Eco, who graduated from the same university in 1954 with a degree in philosophy, joked. After the conferment of the honorary degree, he gave a lecture that dwelt on “Conspiracy Syndrome”, a theme explored in his latest work, Numero Zero, a novel about the murky world of media politics, conspiracy, and murder.

Email ThisBlogThis!Share to TwitterShare to FacebookShare to Pinterest
Labels: AuthorSuite Blog, Freedom of speech, Invasion of Fools, Social Media, The Name of the Rose, Umberto Eco

These were really taken from United States newspaper headlines in 2003

And the winner is... 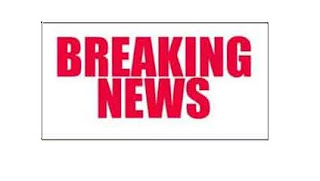 "God created the poet, then took a handful of the rubbish that left and made three critics."

"Critics are to authors what dogs are to the lamp-post."

"If my critics saw me walking over the Thames they would say it was because I couldn't swim."

"I write from my soul. This is the reason that critics don't hurt me, because it is me. If it was not me, if I was pretending to be someone else, then this could unbalance my world, but I know who I am."

"My idea is always to reach my generation. The wise writer writes for the youth of his own generation, the critics of the next, and the schoolmasters of ever afterward."

"When my time on earth is gone, and my activities here are passed, I want them to bury me upside down, and my critics can kiss my ass!"

"What bothers most critics of my work is the goofiness. One reviewer said I need to make up my mind if want to be funny or serious. My response is that I will make up my mind when God does, because life is a commingling of the sacred and the profane, good and evil. To try and separate them is fallacy."

"Critics have their purposes, and they're supposed to do what they do, but sometimes they get a little carried away with what they think someone should have done, rather than concerning themselves with what they did." 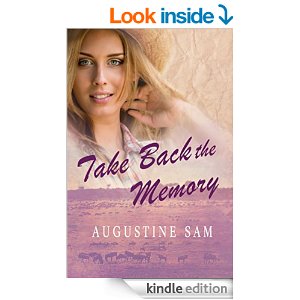 Paige Lyman, an accomplished psychiatrist, has skeletons in her closet that she is unable to face. Her daughter, Diane, is worried about her sanity because she has started talking to herself, like she is giving a speech to an audience. Diane thinks this might have come about because of her father’s sudden death. Paige does consult a fellow psychiatrist, Dr. Wilson. During their sessions Paige uncovers many distressing memories about her past. Can Paige overcome her revealing history or will her lucid memories destroy her?This book is well written. The plot-line is easy to follow and the characters are well developed. While there are parts of the story that are sad and /or troubling, there is also happiness within. I loved the surprising twist at the end.

A Portrait of Love

Talk to me about love today
But please, make no use of words
Give me a portrait with your touch alone
For love is …

Flashes of Emotion: A Review 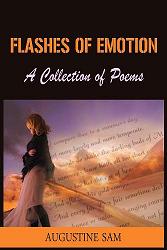 You will find relationships galore here, for example, In Gestures and Allusions, this: “And therein lies the difference, you see /For without sound the unsound mind is dead /But the sound mind is not deaf /To … //The volumes spoken into a single hug /The dialogue unwrapped in a gaze.”

Sam’s style may take a bit of getting used to, but that voice produced several favorites in my notes. Five stars it is, and extremely recommended. 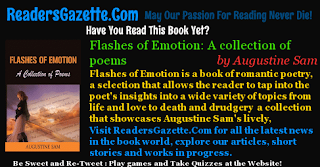