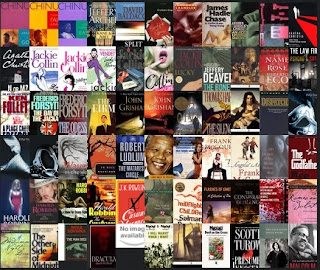 Gone are the days when literature was bold, honest, and witty, with a take-no-prisoner approach to storytelling.

Now political correctness has taken hold of the society in such a way that any straight, tell-it-as-it-is piece of writing risks offending the sensibilities of many. 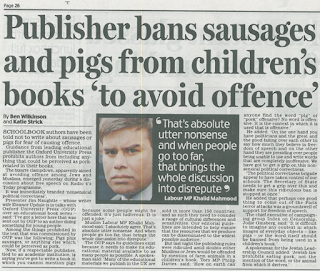 Some people actually believe that the term “Politically correct” is about being right. Unfortunately, that’s a bit of a misnomer. When the term was first conceptualized and made popular during the 1970s and the 1980s, it was about being respectful and considerate. In simple terms, being “Politically correct” meant making an effort to avoid expressions that deliberately excluded, marginalized, or offended a particular group of people. The same should still be true today.

But it appears as if the more “Politically correct” society becomes, the more people’s sensibilities burgeon. Such sensibilities have now permeated the field of literature, where some, including students, have even demanded a kind of trigger warning on books that may have a negative impact on the reader.

In 2014, Kathleen Parker wrote a piece in the Indy Star, in which she indicated that some schools (like Oberlin College, Rutgers University, George Washington University and the University of Michigan) were already considering the question of “trigger warnings” on books and syllabuses. Citing this example: “Warning: This book includes a rape scene,” aimed at warning rape victims less they be traumatized by the contents, she wondered if it isn’t more sensible for students to Google a book in advance of reading if they’re so fearful of a psychological crisis. 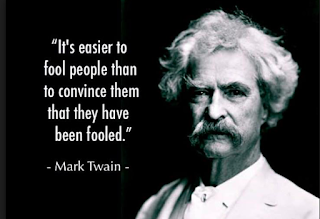 Some authors consider trigger warnings on books an exaggeration because even in films, while the Motion Picture Association of America provides film ratings (like G, PG, PG-13, R, and NC-17) to advise about content so that moviegoers can make informed choices for themselves and for their children, trigger warnings are caveats some reviewers feel inclined to issue. They often do so based on their personal convictions to prevent people who have an excessive emotional response to certain subjects from encountering them unaware. 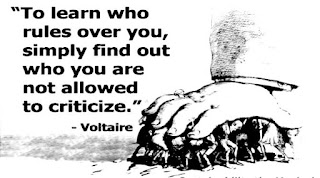 Books, on the other hand, should have neither a ratings system nor a trigger warning, authors say, though many publishers, on their sole discretion, choose to indicate heat levels for novels with sexual contents on their websites, not on the books. They say it is all right for a book reviewer to issue a spoiler alert to inform the reader that the review may reveal critical points that ruin the story, the same way a movie reviewer may issue an NSFW (acronym for ‘Not Suitable for Work’) alert to indicate that the material is not suitable for the work environment. 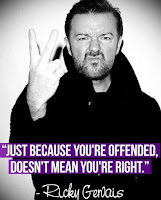 But “Political correctness” should not ride on the back of exaggerated sensibilities to stifle literature. This does not mean, however, that “Political correctness” does not serve an important purpose. While being “Political correct” helps promote equality by demonstrating an understanding that all people, regardless of race, culture, religion, gender, or sexual orientation, are valuable to society, forcing literature to walk on eggshells amounts to smothering creativity. As Ralph Ellison said in Invisible Man, “Life is to be lived, not controlled; and humanity is won by continuing to play in the face of certain defeat.”

[with a tell-it-as-it-is approach to creativity] 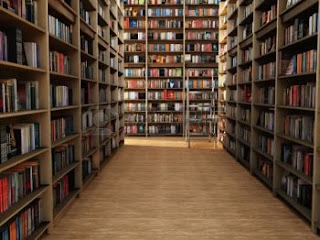 “The only people for me are the mad ones, the ones who are mad to live, mad to talk, mad to be saved, desirous of everything at the same time, the ones who never yawn or say a commonplace thing, but burn, burn, burn like fabulous yellow roman candles exploding like spiders across the stars.”
- Jack Kerouac [On the Road, 1957]

“We were the people who were not in the papers. We lived in the blank white spaces at the edges of print. It gave us more freedom. We lived in the gaps between the stories.”
- Margaret Atwood [The Handmaid’s Tale, 1985]

“It sounds plausible enough tonight, but wait until tomorrow. Wait for the common sense of the morning.”
- H.G. Wells [The Time Machine, 1895]

“Life appears to me too short to be spent in nursing animosity or registering wrongs.”
- Charlotte Brontë [Jane Eyre, 1847]

“And meanwhile time goes about its immemorial work of making everyone look and feel like shit.”
- Martin Amis [London Fields, 1989]

“History, Stephen said, is a nightmare from which I am trying to awake.”
- James Joyce [Ulysses, 1922]

“No man, for any considerable period, can wear one face to himself and another to the multitude, without finally getting bewildered as to which may be the true.”
- Nathaniel Hawthorne [The Scarlet Letter, 1850]

“Nowadays people know the price of everything and the value of nothing.”
- Oscar Wilde [The Picture Of Dorian Gray, 1890]

“No one forgets the truth; they just get better at lying.”
- Richard Yates [Revolutionary Road, 1961]

“It is sometimes an appropriate response to reality to go insane.”
- Philip K. Dick [Valis, 1981]

“Perhaps it was freedom itself that choked her.”
- Patricia Highsmith [The Price of Salt, 1952] 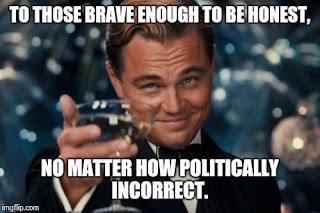 “The only lies for which we are truly punished are those we tell ourselves.”
- V.S. Naipaul [In a Free State, 1971]

“Some birds are not meant to be caged, that's all. Their feathers are too bright, their songs too sweet and wild. So you let them go, or when you open the cage to feed them they somehow fly out past you. And the part of you that knows it was wrong to imprison them in the first place rejoices, but still, the place where you live is that much more drab and empty for their departure.”
- Stephen King [Different Seasons, 1982] 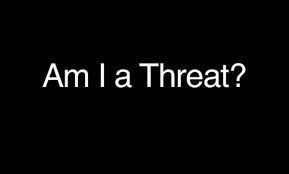