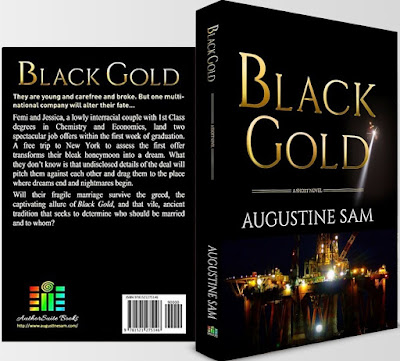 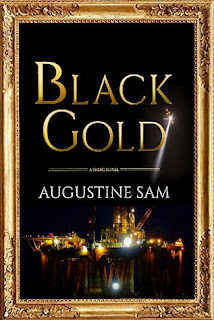 In less than an hour, an innocent girl's dream goes bust, a delicate, interracial marriage teeters on the edge of the abyss, a time-honored friendship shatters, and a family implodes on account of one man's crazy and senseless attachment to a custom that seeks to determine who should be married  and to whom... 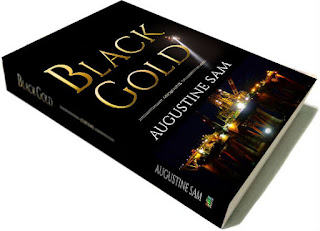 The black SUV nosed its way through the evening traffic at Lemon Grove, heading out to Santee at a steady speed. Jessica, ensconced in the backseat, her head resting on Femi’s shoulder, looked up and her eyes lit up with recognition.
She patted Femi on the knee. “We are pretty close now.”
“Really?”
“Yeah, Lemon Grove is the halfway point,” she explained. “We should be about 14 minutes from Santee now.”
“Good,” he breathed, turning a smiling face towards her. “I guess the cab was worth it then.”
“Thanks to VenChemical, wouldn’t you say?” She teased him. “I hope they won’t mind the expense though.”
“Bastards!” He mouthed, averting his gaze.
Jessica squeezed his hand, ignoring the outburst. “If it wasn’t for their money, you know, we’d be taking the 992 bus into downtown San Diego and then changing to ‘the trolley.’
If it wasn’t for their money, we’d not be coming to San Diego in the first place, he mused, but said instead, “What’s ‘the trolley’?”
“Oh, it’s what we call our light rail electric train, the Green line goes out to Santee.”
“I see,” he nodded and turned his gaze back to the road.
The decision to visit San Diego, like most of the choices they’d made as a couple, was a spur-of-the-moment one. And it was made on their last night in New York.
“Seeing as we are already here in the states,” Jessica had said. “How about we make a quick trip to San Diego to see my parents before going on this mission for VenChemical? I mean, we have their credit card, we might as well get something out of it in case it doesn’t work out.” 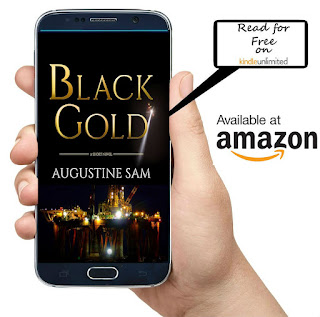 They were sitting in the elegant cocktail bar of their deluxe hotel, sipping white wine, ogling each other, and evaluating their options. Femi pondered the proposal with a pseudo calm, his head inclined. “I think they’ve already set up that lousy meeting with the minister.”
“I understand that,” Jessica swallowed, studying him. “I was considering of a flying visit, maybe just a day,” she shrugged. “I’m not sure when I’ll have the chance to see my dad and mom again.”
It wasn’t the soft tone of her voice, it was the directness of the argument that struck a sensitive chord with Femi. If they went to Lagos, he mused, he’d take her to visit his parents, so it seemed fair for him to make out the time to meet her parents while they were still here. He looked up and grinned. “Yeah, I guess a flying visit will be better than not seeing them at all.”
A smile lit Jessica’s face. She sipped her wine and winked at him. “Okay, I’ll call them.”
Her family home was a three-room fully detached house on two levels consisting of a small, pie-shaped front yard, a remodeled entrance hall, a living room, three bedrooms, two bathrooms with a window, a small laundry room, and a wide, well-tended backyard. It sat in a quiet cul-de-sac neighborhood of Santee right in the middle of the hills.
That evening, her parents—Liam and Melissa Rhodes—were standing in the front yard of their home, surveying the lane when the black SUV pulled into their driveway. Until that cheery telephone call from New York, they had no idea their only daughter was even in the United States. They had figured she was still in Monaco on honeymoon. This visit, therefore, was both a surprise and a delight. 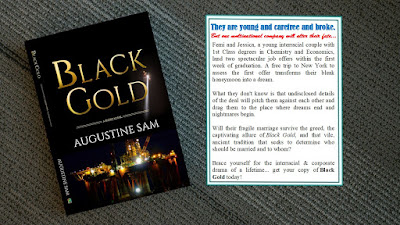 Liam watched the car with suppressed excitement and then turned to his wife with a sardonic smile. “I suppose we have an authentic Guest Who’s Coming to Dinner situation on our hands, eh!”
Melissa frowned. “Let’s be civil, Liam, we don’t know him yet.”
“That’s what I’m saying, we don’t know him at all.”
“I said ‘yet.’”
Her husband shrugged. “He’s the reason she abandoned San Diego State University and opted for a European degree instead,” he mouthed. “He’d better be worth it.”
Melissa opened her mouth to speak but before she could do so she saw the car door fly open before the driver killed the engine, and from the corner of her eye, noticed her daughter jumping out with a wide grin and running towards her.
“Mom,” Jessica cried, wrapping her arms around her.
“My girl!” Melissa grabbed her in a bear hug. As she raised her hand to push a strand of hair from her daughter’s face, the petite cracker detached herself from the embrace and jumped into her father’s arms, causing general laughter.
“Princess!” Liam cooed. “My little princess.”
“Daddy!” She cried, delighting her parents with her childlike giggle. It was as if time had suddenly stopped and spun backward. 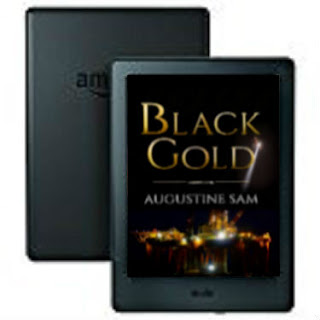 Inside the car, Femi stroked his goatee and stared at them in both amusement and uncertainty, unsure how he might fit into such a picture-perfect family image. For a moment, indecision clouded his vision, and then, exhaling, he opened the car door and stepped out with some care.
On the threshold, Liam, his arm around his daughter, the remains of the smile still on his face, turned his head, training a pair of narrowed, dark-brown eyes on the tall, slim figure walking towards them.
Femi stopped in front of the trio, a look of emotion creasing his face.
“Dad, mom,” Jessica beamed. “This is Femi, my husband.” She held her breath, and in the brief silence that trailed the introduction, said in a voice imbued with contrition, “I know this might appear unorthodox and eccentric and I know I should have given you guys a heads-up about the marriage. I’m sorry,” she breathed. “It’s just that it was a spur-of-the-moment decision.”
She swallowed, her eyes dancing, her pulse quickening. Somehow, it didn’t sound right even in her ears. “Listen, I understand how crazy that might sound but I assure you the decision wasn’t prompted by a sudden whim. I mean, we weren’t just being silly. The truth is, when we met in that college atmosphere, both of us being foreigners and all, and able to hold a conversation beyond the usual Italian talking point, the experience created a very special bond between us, the friendship, the complicity, and the shared interests made it really magical, so during the graduation process, we decided to transform our love story into a memorable event, after all, we’d already been together for two years.”
Her parents, momentarily rendered speechless by the curious back-story which, at face value seemed too flimsy to clear up the madness, exchanged glances.
Jessica’s gaze, at last, came to rest on her husband’s face. “Femi,” she cooed, “Meet my dad, Liam and my mom, Melissa.” 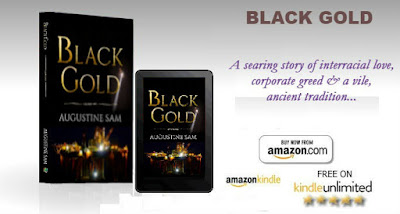 “Hello, sir,” Femi, noticeably flustered, darted a quick glance at his father-in-law—a short, portly man—before turning his gaze to the rotund, matronly figure beside him as he received a look of careful appraisal. “Ma’am, it’s a pleasure to meet you.”
Before Liam could react, a smiling Melissa stepped forward. “Hello Femi,” she said in a soft, casual voice, ignoring the outstretched hand. “Welcome. You know you are not photogenic at all,” she breathed, grabbing him in a warm embrace. “You look much better in person.”

Femi smiled. “Thank you.”
“Mom, don’t say it like that,” Jessica cackled. “He’s vain, it’ll go into his head.”
Liam, unable to help himself, gave a short, throaty laugh as Femi turned a goofy smile toward his wife, and then the duo, bubbling over with suppressed amusement, made a face at each other, causing a surprised Melissa to convulse with laughter. It was in that brief visual exchange that Liam sensed, not the chemistry, but the artless spark of friendship between his daughter and the man who made her opt for a European degree.
His hand around his daughter’s shoulder went slack. His body, tense from the moment Femi stepped out of the car, relaxed. He exhaled, and with a little pout, reached out and clasped Femi by the shoulder. “Welcome to the family.”

“Black Gold is chock-full of lyrical imagery and metaphors. Frequently, the result is beautiful.”

“The language is flowery and evocative. Every scene, every setting, every action, every emotion, is described in luxurious detail, with perhaps more similes than I’ve ever encountered in a single novel.”
– Dave Saari | Author

“I like the trouble this interracial marriage caused when the couple met Femi’s parents and I enjoy the scenes set in Italy; the author’s knowledge of the country make them believable. He also puts his poetic ability to good use and there are lots of examples of this in the descriptive sections.”
– Rosie Amber | Roses are Amber Book Club 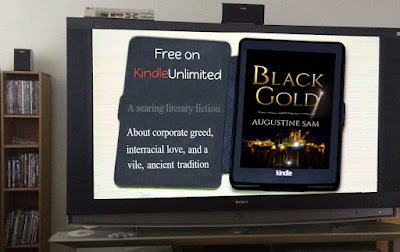